One can learn about how words are created, how they are categorised and much more.
Words are made up of syllables, which are a combination of vowels and consonants. A syllable may have one or more consonants, however, it will always have only one vowel.
In Sanskrit, there are three grammatical genders (Masculine, Feminine and Neuter), three grammatical numbers (Singular, Dual and Plural) and eight cases (Nominative, Accusative, Instrumental, Dative, Ablative, Genitive, Locative and Vocative). 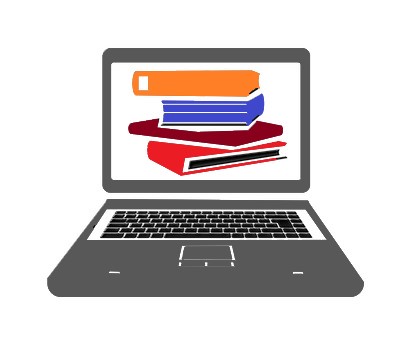 This is only applicable for words.

Note: Whenever any pronoun or adjective is used, both pronoun and adjective should be of the same grammatical gender as the object being referred to, otherwise it will be grammatically incorrect.

In Sanskrit, there are 3 grammatical numbers. They are known as वचनानि (vacanāni).

In both words and verbs, this is applicable e.g.

Note: In Sanskrit, subject-verb agreement is very crucial. It means whatever वचनम् (vacanam) the subject is, the verb must be of that वचनम् (vacanam) and vice versa. If this is not done, the sentence will be grammatically incorrect.

Each word case has a specific meaning which is known as its कारकम् (Kārakam) and the group in which it belongs is known as the विभक्तिः (Vibhaktiḥ).

Word cases for words of a particular kind will always be the same e.g. If the word cases of the Pratipādikaḥ, ‘देव (Deva)’ which is an अकारान्तः (Akārāntaḥ) (ending in अ (a)) पुल्लिङ्गम् (Pulliṅgam) (masculine gender) word are used, they will be the same for all Akārāntaḥ Pulliṅgam words.

A few words are given below whose word cases can be replicated for other words of their kind:

In Sanskrit, pronouns are known as सर्वनामानि (sarvanāmāni). Pronouns come in the place of nouns to avoid unnecessary repetition.

In Sanskrit, pronouns must have the same grammatical gender, grammatical number and case as the noun they are replacing. The use of pronouns can be influenced by distance.

Some pronouns along with their meanings are:

तद् (tad) – This is used to indicate objects that are far from the speaker.

एतद् (etad) – This is used to indicate objects which are close to the speaker.

इदम् (idam) – Like एतद् (etad), this too, is used to indicate objects which are close to the speaker.

यद् (yad) – This is used in a sentence to indicate the doer of an action. E.g.: The one who has read.

अस्मद् (asmad) – This is a pronoun of the first person and is used by one to refer to oneself.

किम् (kim) – This is a pronoun which is used to ask questions.

In Sanskrit, nouns are known as सञ्ज्ञाः (sañjñāḥ). A noun is any word which names a person, object, place, etc.

In Sanskrit, the cases of nouns are decided according to their ending. If the word cases of any one word of a kind are given (same grammatical gender and the same ending of the word) those word cases will be the same for all other words of its kind.

In Sanskrit, indeclinables are known as अव्ययाः (avyayāḥ). They are such words which never change, no matter what the circumstances. They have no cases.