This Picture Description of International Yoga Day in Sanskrit can be referenced by school students and Sanskrit learners. 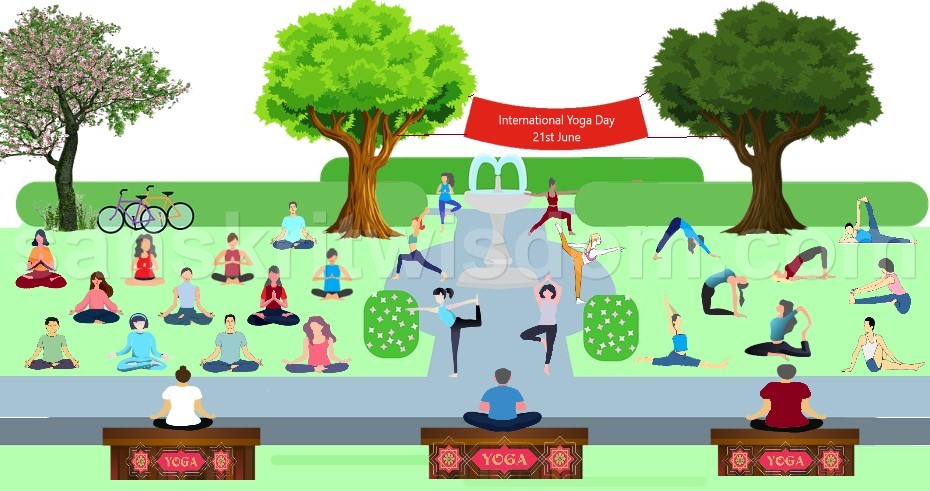 This is a picture of International Yoga Day. Yoga Day is held on 21 June.

Here, Yoga Day is celebrated in a garden. There are trees in the garden. At one place, bicycles are kept. There is a fountain in the garden, too. Many people have come here. They all are doing yoga asanas.

All of them are peaceful and happy after performing the yoga asanas. All of the people have benefitted from doing the Yoga Asanas.