Essay on Snake in Sanskrit

This post is an essay on the Himalayas in Sanskrit. हिमालय पर संस्कृत निबंध 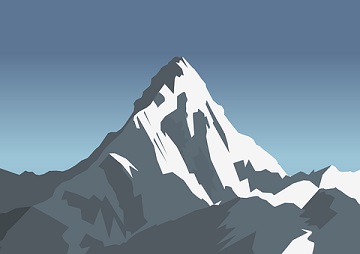 The Himalayas are there to the north of the Indian subcontinent. All year round, its peaks are covered by ice caps. The Himalayas also have other names like Himachala, Himavan and Himagiri.

The Himalayas are famous in the entire world. There are a lot of high peaks in the Himalayan ranges. Mount Everest is the world’s highest peak.

The Himalayas are famous for other reasons too. Many pilgrimage sites are situated here e.g. – Hrishikesh, Badrinath, Kedarnath, etc. That is why the Himalayas are considered to be holy.

The Himalayas are also the source of many rivers. The Ganga, Yamuna and many other rivers flow from here. These rivers are very important to India.

There are many forests at the foothills of the Himalayas. Many herbs and medicinal plants can be found here. The beauty of nature can also be seen in the Himalayas.

The Himalayas protect India. From ancient times, they have prevented enemies from coming to India. Rain-carrying clouds stop over India and bring rain because of the Himalayas.

The Himalayas are popular tourist destinations too. Many beautiful cities exist here e.g. Mussoorie, Srinagar and Shimla among others.

The Himalayas increase the beauty of India.