Essay on Snake in Sanskrit

This post is an essay on Snake in Sanskrit. निबंध - साँप. 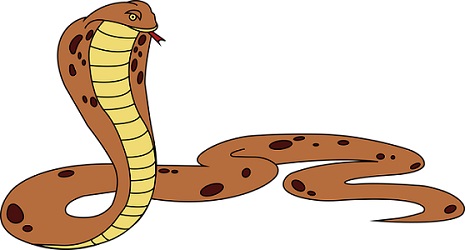 There are many unusual and special animals in this world. One of them is the snake. The snake eats frogs and mice. The Snake has other names too. E.g. – Bhujanga and Ahi.

The snake is an unusual animal because it does not have any limbs. That is why it slithers on the ground using its entire body. Another special quality of the snake is that it smells using its tongue.

There is venom in many kinds of snakes. But it is not there in all of them. Green snakes do not have any venom. The cobra is one of the most famous venomous snakes. However, the venom of snakes can also be used in various medicines.

Snakes are an important part of the culture of India. Nag Panchami is a famous festival about snakes. This festival is a part of many states of India. In this festival, the snake is worshipped.

The snake is important for the environment. We should not hunt them. We must all become the friends of snakes.