Essay on Mahatma Gandhi in Sanskrit

This post is an essay on Mahatma Gandhi in Sanskrit. महात्मा गांधी पर संस्कृत निबंध 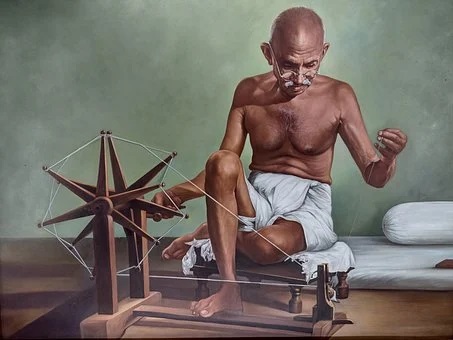 There have been many leaders in India. Mahatma Gandhi is one of the most famous leaders of India.

Mohandas Karamchand Gandhi is his full name. Porbandar, Gujarat is his birthplace. He was born on 2 October 1869. His mother’s name was Putalibai and his father’s name was Karamchand. His wife’s name is Kasturba. He studied in Rajkot. Later on, he went to the UK for higher studies. There he received the degree of Barrister.

Mahatma Gandhi was a great human being. He spoke only the truth. ‘Ahimsa is the greatest way’ was his core principle. His Salt-march is also famous. Satyagraha and Asahakar-aandolan were two of the most important campaigns of his work. He was given the title ‘Mahatma’ by the people.He was a great son of India.

He is also known as the Father of India. He has contributed greatly to the Indian Independence Movement. He passed away on 30 January 1948. He is a very popular leader of India.