Essay on Lion in Sanskrit

This is an essay on Lion in Sanskrit.

This short Essay on Lion in Sanskrit can be referenced by school students and Sanskrit learners. 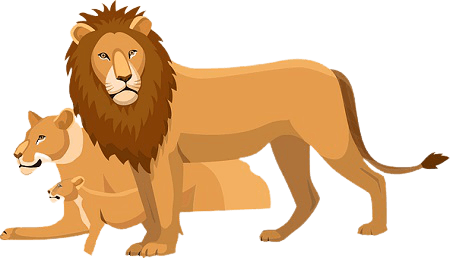 The lion is the king of animals. It lives in the jungle and is a favourite of Goddess Durga.

The lion has different names such as “King of Jungle” (Vanaraja), etc. It belongs to the feline family. It’s mane is its specialty. The mane of the lion is around the face and neck. This is why the lion is also known as “Kesari”. It has four feet with sharp claws, sharp eyes and  a broad chest. It is yellow and brown in colour. It lives in a cave. During thunderstorms, after hearing the thundering of clouds, the lion also roars in response.

A jungle is meaningless without the lion. It is the grandeur of the forest.