Essay on Lokmanya Tilak in Sanskrit

This post is an essay on Lokmanya Tilak in Sanskrit. लोकमान्य तिलक पर संस्कृत निबंध 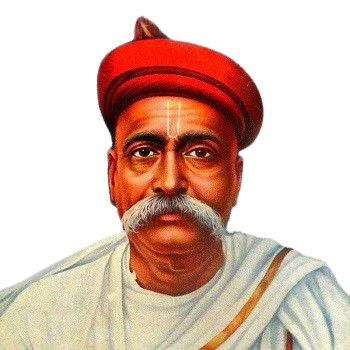 There have been many leaders in India. Out of them Lokmanya Bal Gangadhar Tilak is a famous leader.

Tilak was born on 23 July 1856. He was born in Ratnagiri, Maharashtra. His father was a teacher.

Tilak was honoured by the people with the title Lokmanya. Sanskrit was his favourite language. Mathematics was his favourite subject. ‘Geetarahasya’ is a well known book written by him. He also published two newspapers, Kesari and Maratha. He also started the traditions of Public Ganeshotsav and the festival of Shivjayanti.

Lokmanya Tilak passed away on 1st August 1920. He has contributed a lot to India. He is my favourite leader.